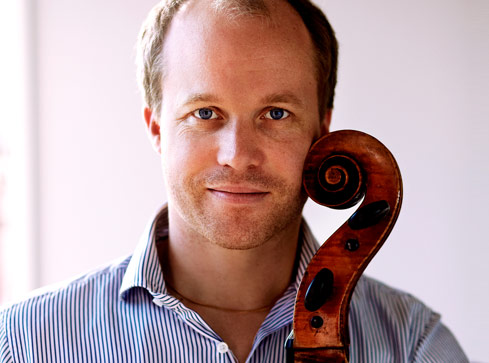 Born in Gothenburg, Sweden Claes started to learn the cello and the piano at the age of seven. He entered the Gothenburg College of Music in 1992 where he got his Master of Music and Soloist Diploma. 1996-99 he was a student at the Royal Northern College of Music in Manchester, studying with the world renowned cellist Ralph Kirshbaum.

As one of the leading cellists in Scandinavia, he has appeared as a soloist as well as chamber musician all over the world. Solo performances include concertos with orchestras such as the Swedish Radio, Helsingborg, Norrköping, Malmö, Umeå and Gothenburg Symphony Orchestras as well as Royal Northern Chamber Orchestra, Musica Vitae, Nordic Chamber Orchestra, DalaSinfoniettan; Värmlands Sinfonietta and St. Petersburg Festival Orchestra.

He has been invited to major festivals such as La Folle Journée in Nantes, Music@Menlo in San Fransisco, Yuri Temirkanovs Winter Festival in St. Petersburg, Mecklenburg-Vorpommern Music Festival and has performed in venues including Queen Elisabeth Hall, Wigmore Hall, St. Petersburg Philharmonic and Seoul Arts Center.

In 2002, he was a founder of the piano trio Trio Poseidon together with Sara Trobäck Hesselink and Per Lundberg. Today, they are one of the most sought after chamber music ensemble in their native Sweden.

Claes is currently represented by Chandos Records. His recordings of the Weinberg Cello Phantasy and Concerto with Gothenburg Symphony Orchestra and Thord Svedlund as well as Brahms Double Concerto and Beethoven Triple Concerto together with Neeme Järvi has been highly recommended by the major music magazines around the world.

He recently got a “Les Diapason d’or” for his recording of the Weinberg Concerto.

Claes is playing on a cello made by D. Tecchler 1707 which is a loan from the Järnåker Foundation in Stockholm.